In February 2013, during a visit to Florence, I visited the Church of San Michele a San Salvi and viewed the last supper painting (Cenacolo) by Andrea del Sarto: It was an encounter that changed my life.

I was transfixed - the composition, postures, faces, tone and colours were mesmerising. I had never before had such a strong reaction to the presence of an image and spent hours looking and absorbing its wonder. I became obsessed by it and sought out other works by the Florentine painter; I even located the building in which del Sarto had his studio, perhaps in the hope of being touched by his magic.

The encounter prompted me to consider the event of the supper at which Christ had gathered together his twelve most trusted friends, the disciples, for a passover meal. I started to speculate if I even had twelve trusted friends, and what a rare event it would be (if ever) to assemble them en mass for a meal. I also acknowledged the difficulty of arranging such a complex composition and understood why historical artists created so few Last supper paintings in a lifetime. I was fired up by the challenge but wondered if I was arrogant in even thinking I could attempt such a painting and nervous as to whether I could pull it off. However the seed of the idea had germinated and I was compelled to create a Last supper painting. 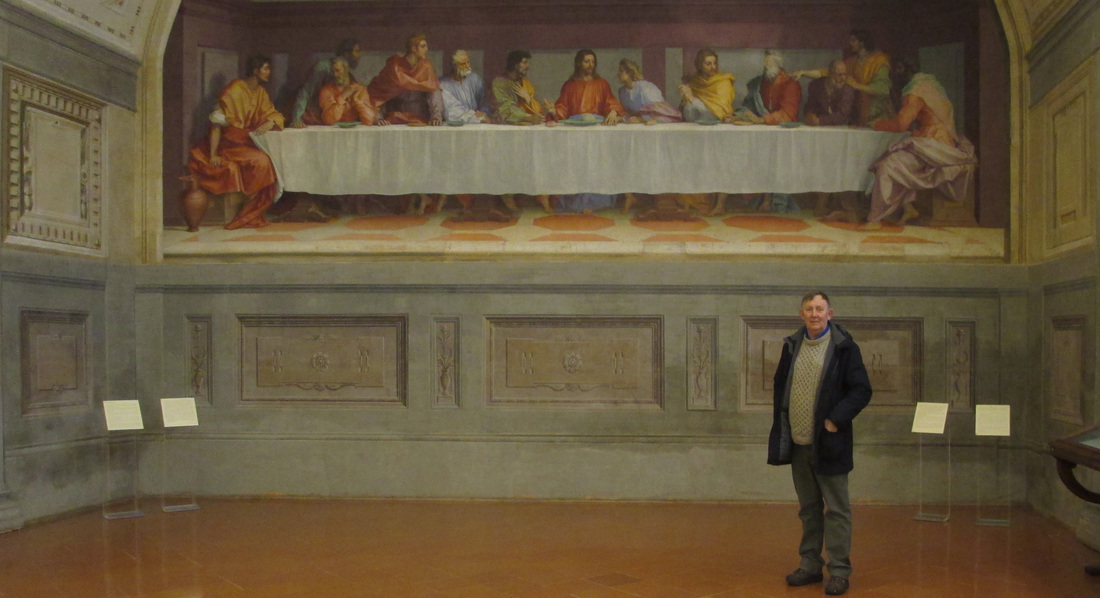